NOTE: In the images B and C above, stimulus presentation did not occur at time offset 200ms rather than 0. The additional offset is due to technical reasons, and always corresponds to the duration of a data block in BCI2000. 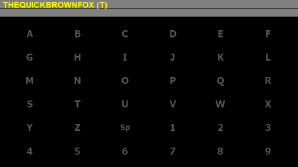