BCI experiments will typically consist of sessions where the subject is asked to perform a movement followed by sessions where the user is asked to imagine making that movement. Comparing these data can help us to understand the relationship between doing and imagining. The images that follow show the results from the eeg1 data that were derived in User Tutorial:Performing an Offline Analysis of EEG Data followed by the results of an analysis performed on a different set of data recorded from the same subject. In the latter recordings, the subject was asked to imagine moving his feet or hands rather than actually performing these movements. 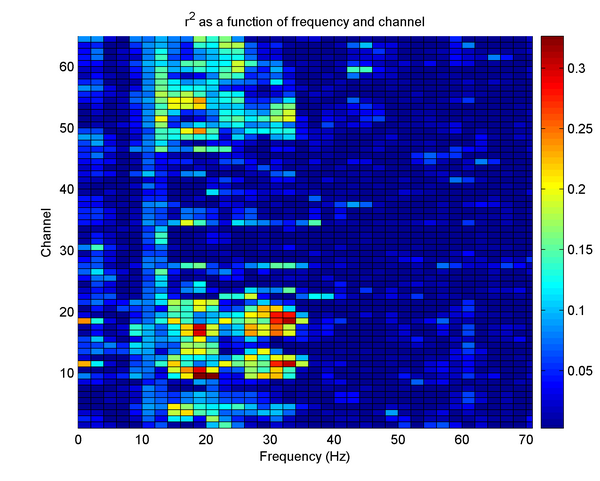 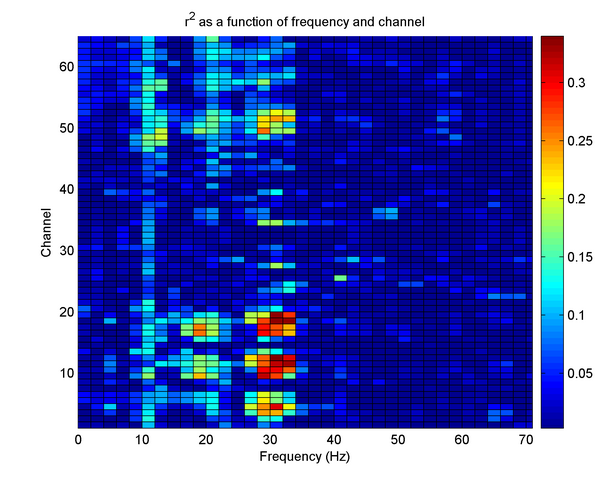 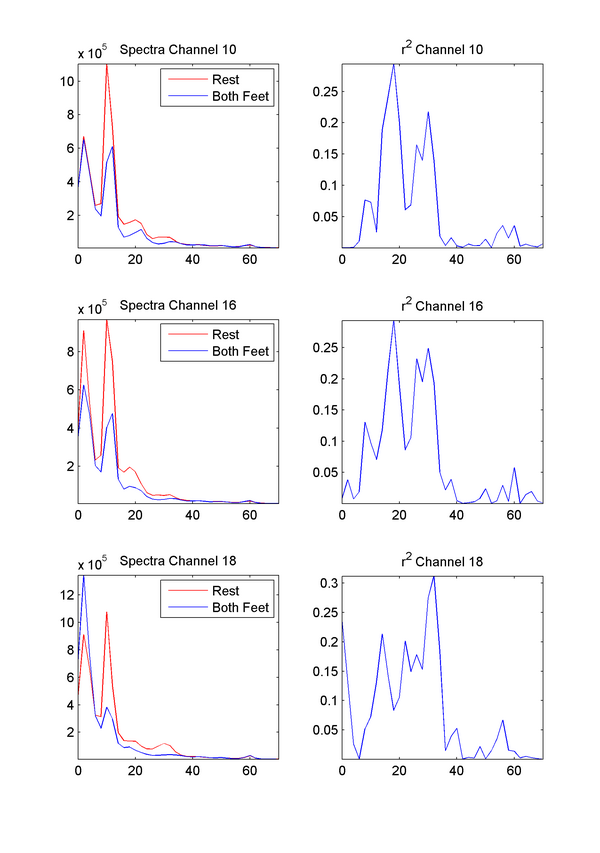 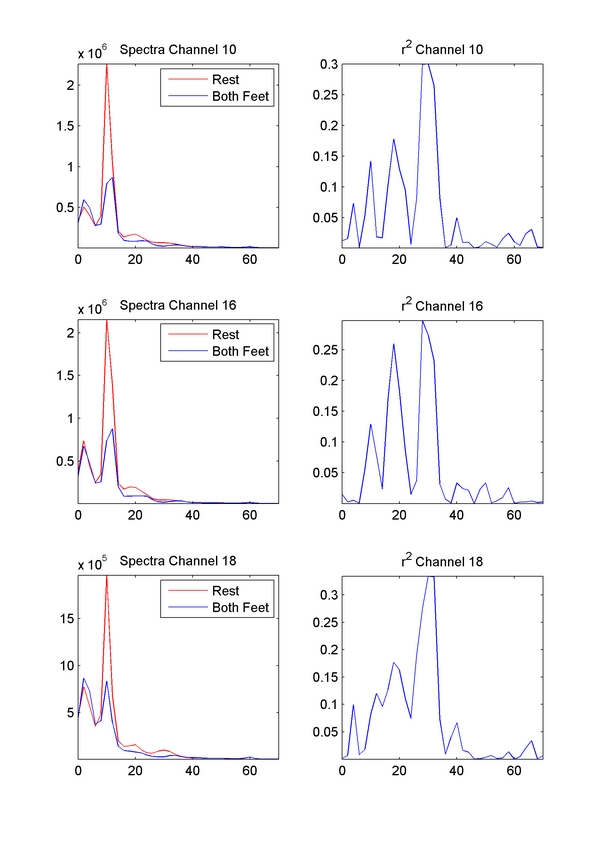 As we can see, the images above are remarkably similar. This is often the case for data related in this manner.

As we've seen, it's important to evaluate the physiological plausibility of a potential feature during the selection process. For instance, we would certainly want to question a response to foot movement that is centered over the frontal lobe. Additionally, we should expect the response of the motor cortex to a given action to be contralateral to that action. The following topography reflects a subjects response to movement of the right hand. Notice that the response is focused primarily over the left hemisphere. 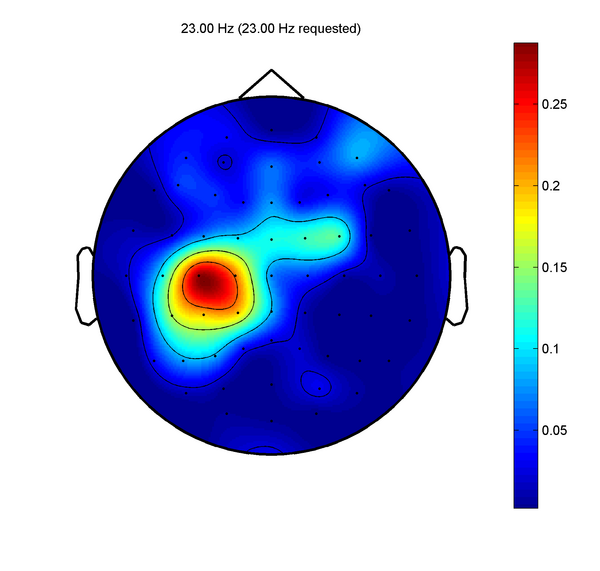