The P300 GUI (Graphical User Interface) can be used to train and test a linear classifier for detection of evoked potentials collected with BCI2000[6] and visualize the waveforms and classification results. It is designed for analysis of BCI2000 data collected using the P3Speller or P3AV paradigms. The program generates feature weights derived via various regression techniques. The specifics of the feature space and training routine can be manipulated using the GUI. The feature weights derived by the GUI can be saved and imported into BCI2000 as a parameter file fragment for online testing.

The GUI is capable of performing several functions independently:

The details and operation of each of these functions are described subsequently. 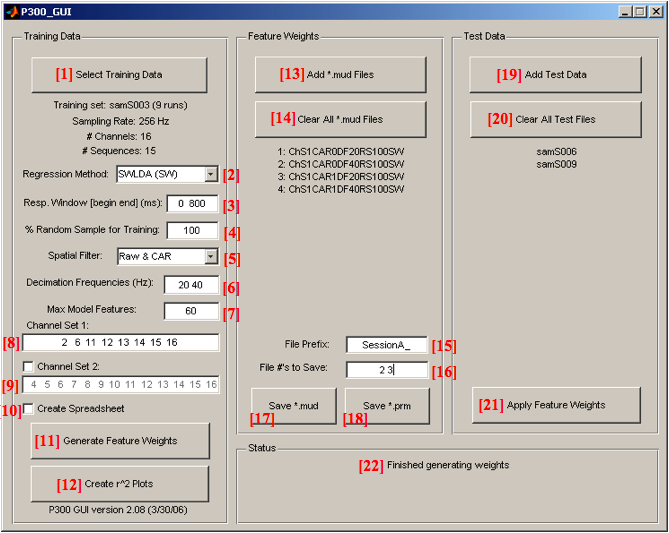