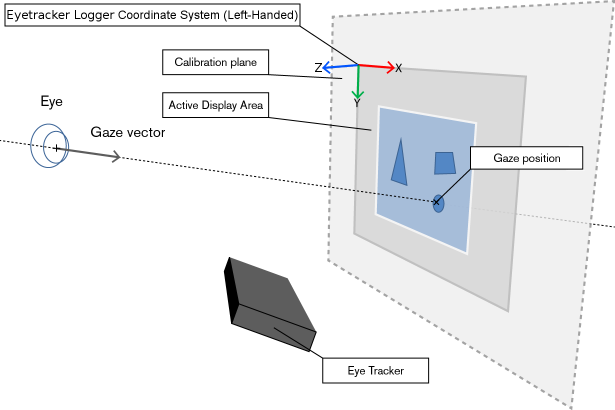 Examples: EyetrackerData may contain a row labeled EyetrackerRightEyeGazeX with a data type of "int18" and a physical unit of "-6.3 1e-5 m 0 0". At some sample offset, the value of the EyetrackerRightEyeGazeX state may be read as 2345. To recover the right gaze point's distance from the screen's left edge in original units, you may proceed as follows:

At another sample offset, the value of the EyetrackerRightEyeGazeX state may be read as 262138:

Extending the sign bit: In order to interpret a positive 32-bit integer value as a signed N bit integer with N<32, bits 18 to 31 must be set to the same value (1 or 0) as the sign bit. In Matlab, this may be achieved as follows: